This Vet Explains 15 Common Cat Behaviors On His Cork Board, And It’s Hilarious | Meowacat

This Vet Explains 15 Common Cat Behaviors On His Cork Board, And It’s Hilarious

Originally created by Adam Ellis, these illustrations were recently spotted on a veterinarian’s cork board by somebody called ItsJayOrDan, and as you can see below, it’s clear that this purrticular vet has a good sense of humor. According to the pictures for example, when you see your cat wiggling back and forth, you might believe that they’re about to pounce, but it’s actually because cats have satellite transmitters in their butts and must periodically re-calibrate to receive transmissions from their home planet. Likewise, when you see your cat rolling back and forth on the carpet, you might think it wants to play when in reality it’s probably just writhing in pain from eating some bad Thai food. Scroll down for more hilarious explanations for your cat’s seemingly normal behavior. They might not be all that educational, but they’ll most definitely make you laugh. 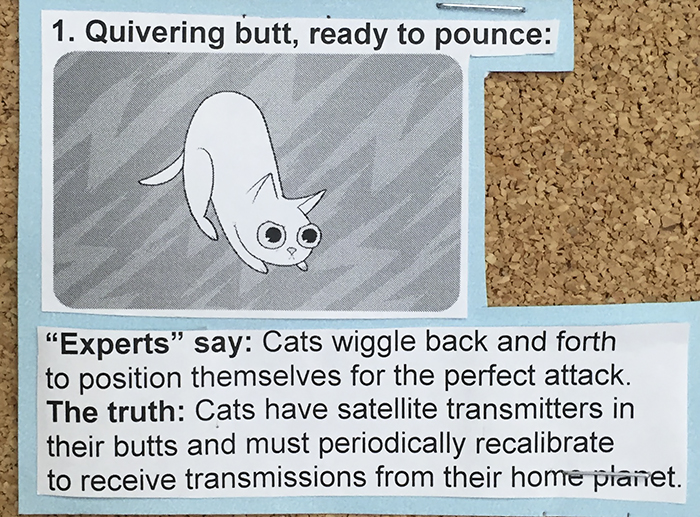 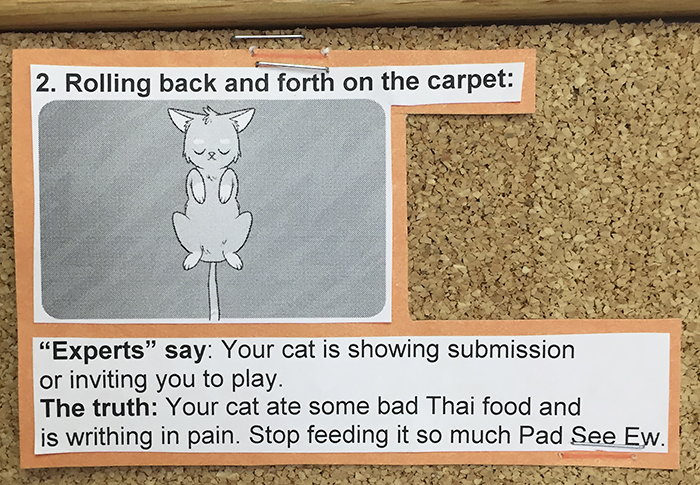 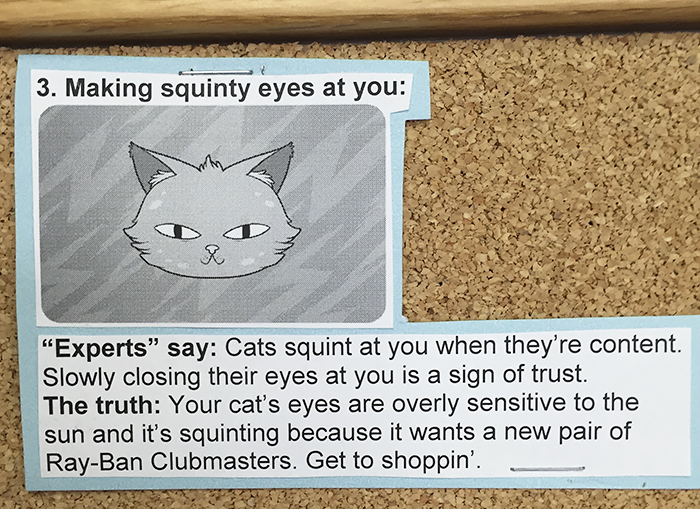 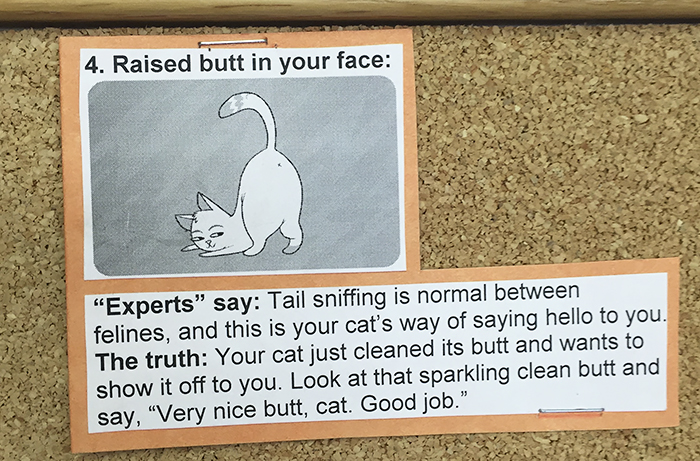 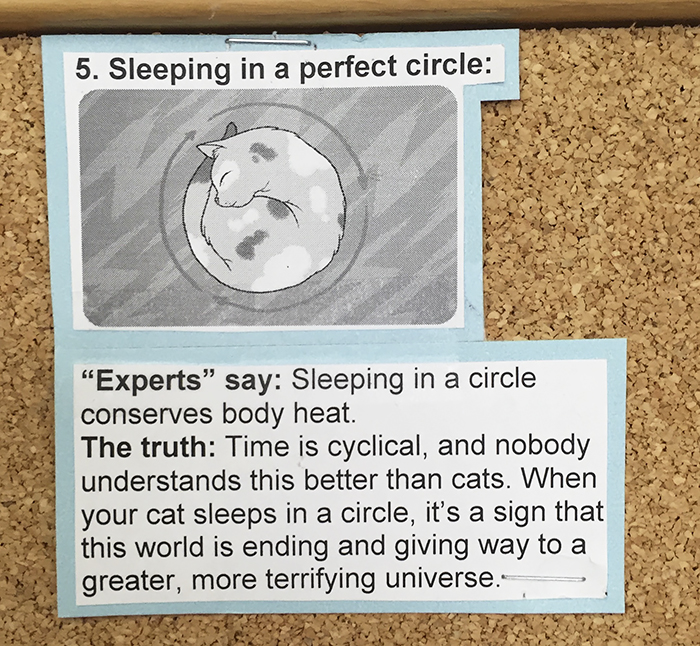 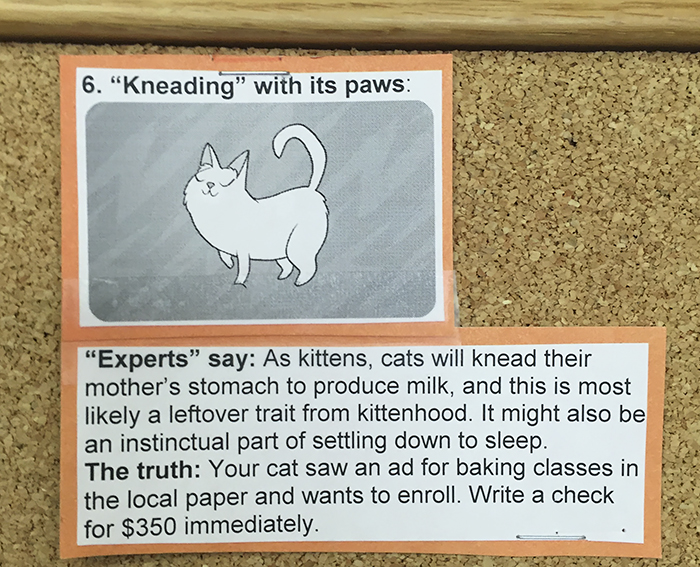 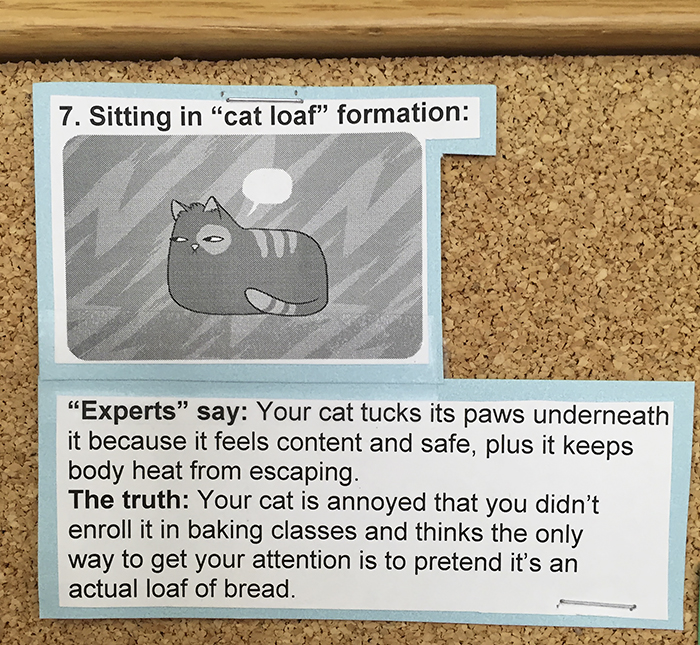 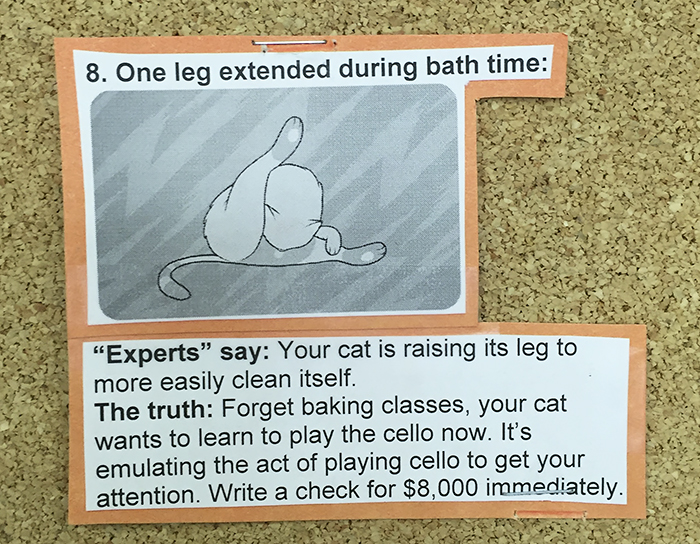 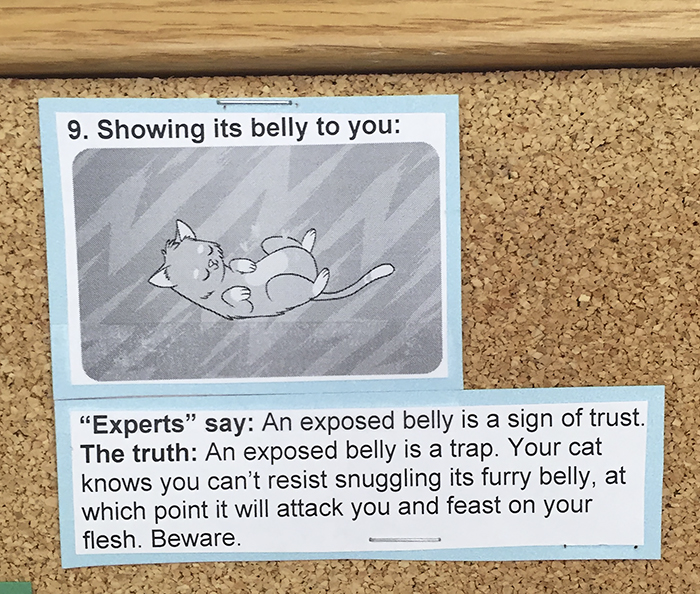 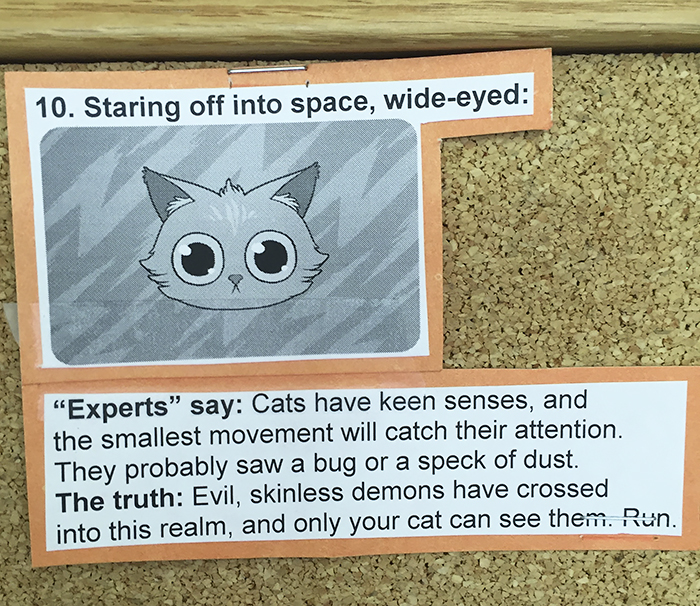 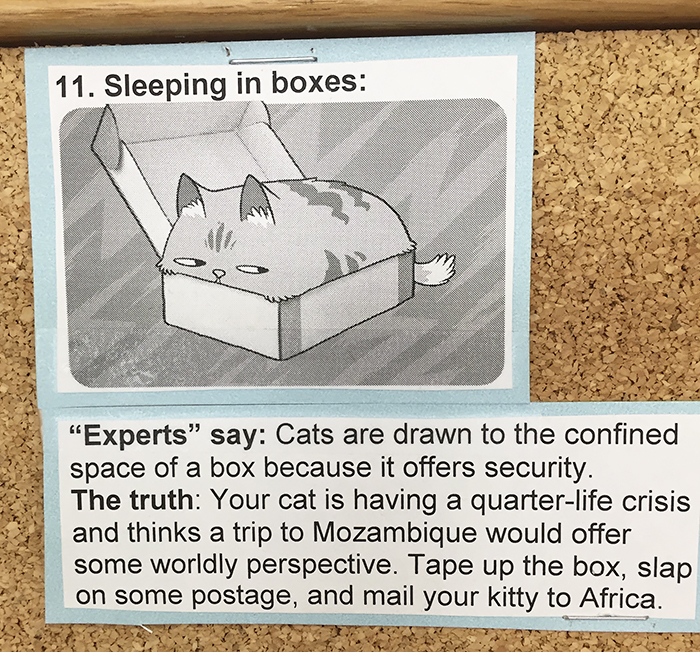 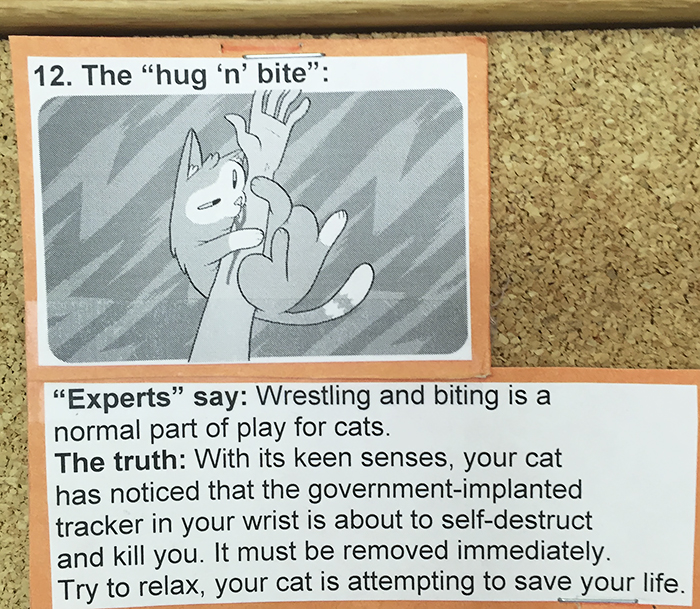 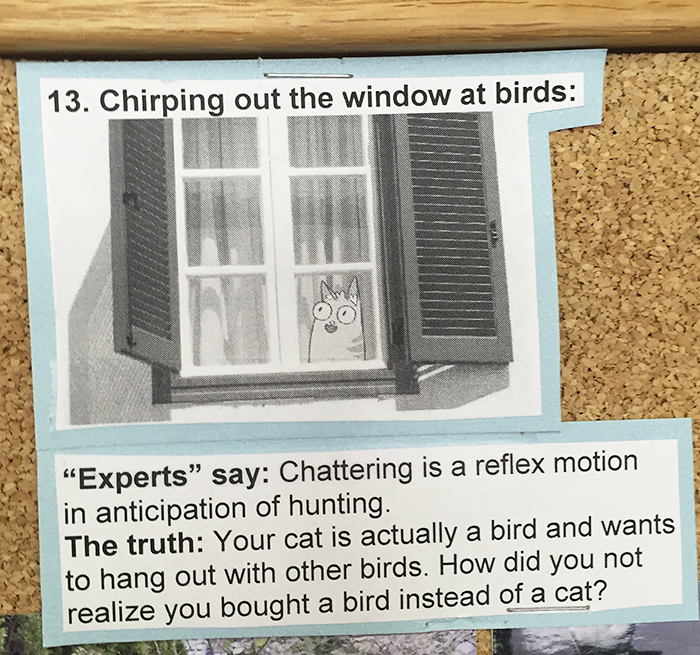 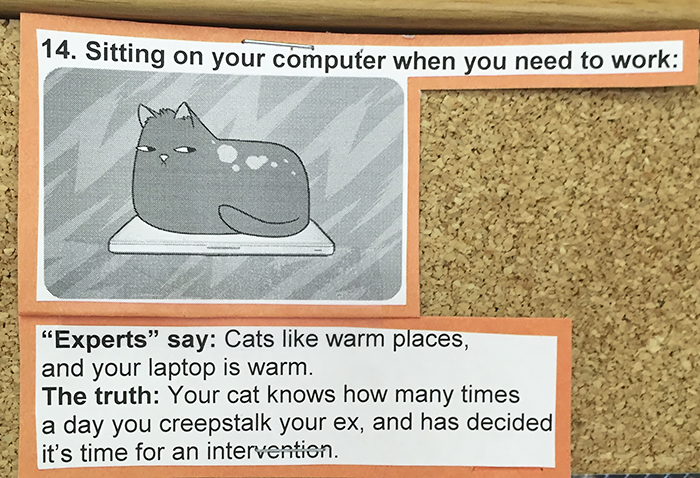 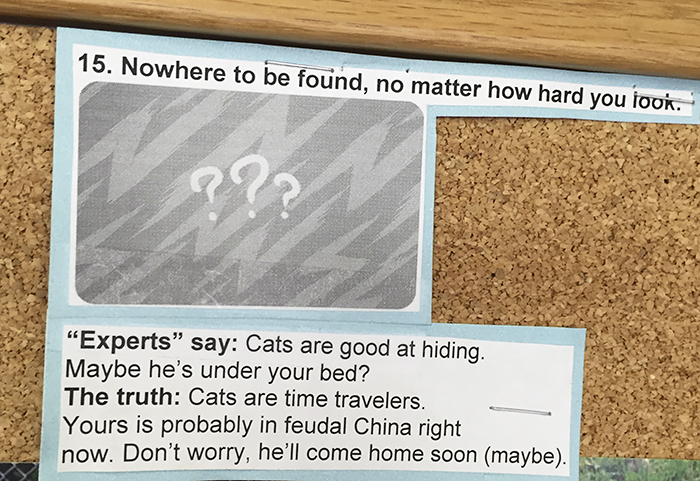